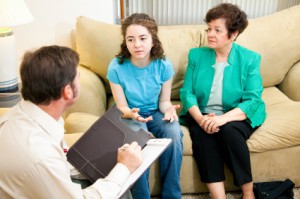 A guardian ad litem (GAL) is someone appointed by the court in custody cases to represent the child and make recommendations to the court. Often, the people appointed lack the qualifications to investigate the allegations made by one party against the other.

Labels such as “abuser, addict, pedophile, mental instability” have serious connotations and deserve to be investigated by people with the skills to do so. Unfortunately, most of the people on the courts’ lists of GALs investigate by utilizing their own biases and preconceptions. That is not fair to the parties, nor to their children. Many of them don’t even have college degrees.

Before Mike’s appearance on the scene, GAL reports went largely unchallenged. Not so anymore.

Aggressive Fight For His Clients

Mike Gallagher has made a career and reputation as someone unafraid to call “BS” on a GAL’ s opinion. Through the use of his own experts, pointed and aggressive depositions and unflappable cross examinations in court, Mike has successfully overcome many GAL reports and obtained heretofore unexpected favorable results for his clients.

Many GALs will refuse to be on a case where Mike is representing a party! Think about that.